The Pavilion exhibits the development of Macao’s tourism industry over the last two decades from 1999 until 2019 with seven chapters including review of national policy and positioning, tourism statistics, tourism industry and city development, comprehensive tourism experience, tourism service system, tourism promotion as well as international and regional cooperation. Through multimedia ranging from writings, images, videos to statistical tables and more, the Pavilion presents a comprehensive overview of significant events and milestones of Macao’s tourism industry, development planning, tourism facilities and products, destination promotions and external collaboration projects, among others, familiarizing residents and visitors with the role and contribution of the tourism industry to Macao’s economic development.

The “Pavilion in Celebration of the 20th Anniversary of the Establishment of the Macao Special Administrative Region” is open for public admission concurrently with the Expo. The 7th MITE is open from 9:00 to 18:00 on 26th April (for industry professionals) and from 10:00 to 20:00 on 27th and 28th April (for the public). Free admission tickets are distributed on-site at the entrance of Hall D, Cotai Expo of the Venetian Macao. Free parking is available to local residents at Hall C, Cotai Expo of the Venetian Macao during the Expo, while free shuttle bus service around four routes is provided between the venue and various points in Macao and Taipa. Residents and visitors are welcome to visit MITE and the Pavilion.

Monthly lucky draw for visitors in celebration of handover anniversary

MGTO holds an activity named “Monthly Lucky Draws for Visitors in Celebration of Handover Anniversary” as well to celebrate and promote the 20th Anniversary of the Establishment of the Macao SAR among visitors. The lucky draws will be held at the following Tourist Information counters of MGTO (in Ritz Building at Senado Square, Outer Harbour Ferry Terminal, Taipa Ferry Terminal, Macau International Airport and the Hong Kong-Zhuhai-Macao Bridge Frontier Post at Macao Port) on the 20th day of every month from May to November. Visitors can enter the lucky draws by visiting any of the above Tourist Information counters for chances to win a souvenir.

MGTO has partnered with a local cultural and creative business to present special magnet souvenirs. Designed to be part of a “series”, the monthly souvenirs are imbued with the diverse colors of the tourism landscape in Macao, from events and festivals, cultural heritage to signature delicacies and other elements. Visitors can piece together the collection of seven monthly souvenirs won from the lucky draws into an image of Macao’s famous landmark – the Ruins of St. Paul’s, which encourages them to revisit Macao and experience the unique glamour of the city in different months of the year. Starting from May, another series of magnet souvenirs designed for sale will be concurrently available in limited quantity for purchase from souvenir vending machines at designated locations. Visitors who miss the lucky draws may still collect the other series of souvenirs themed after the 20th Anniversary of the Establishment of the Macao SAR. 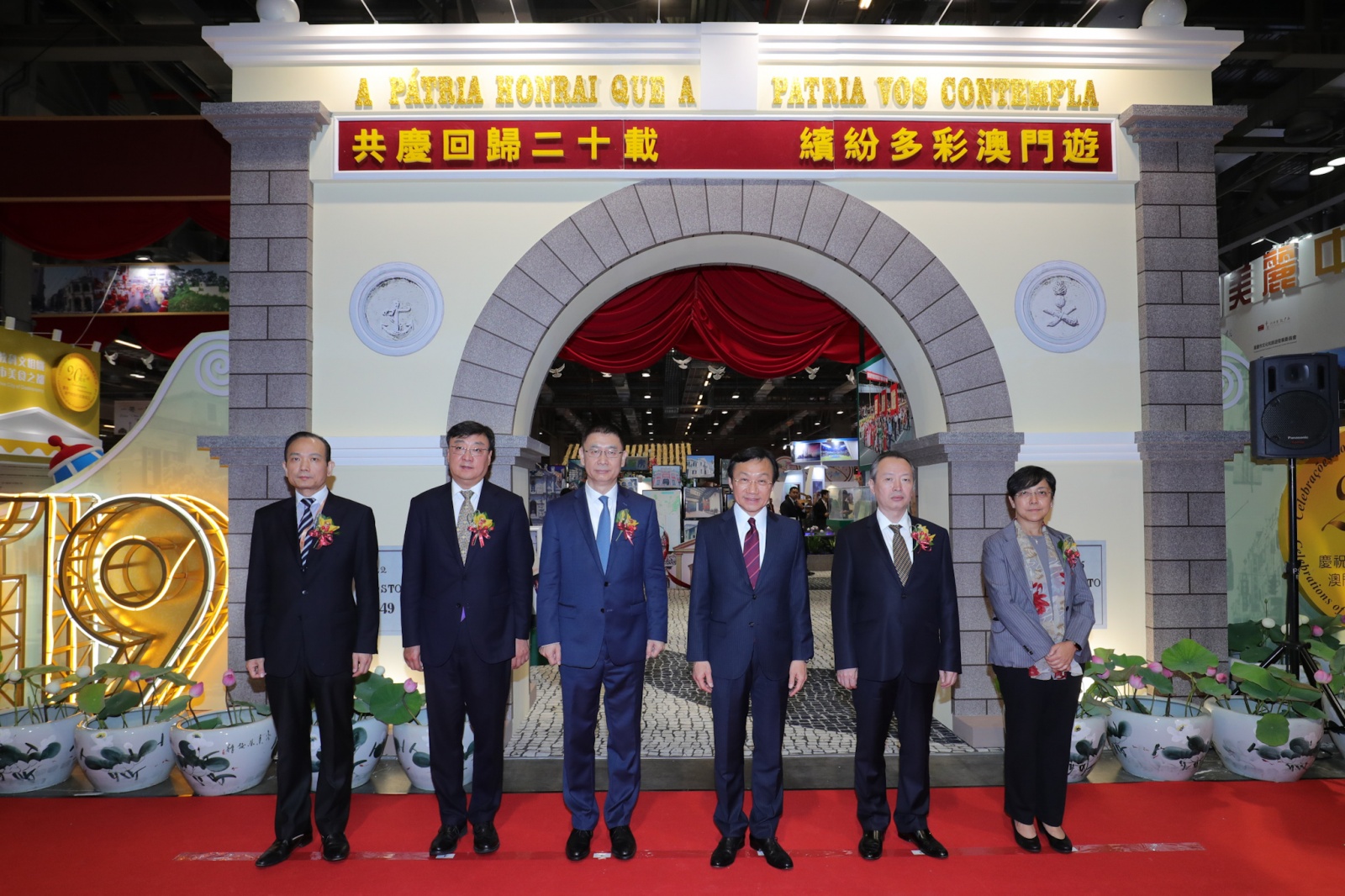 Guests officiate the opening ceremony for the Pavilion 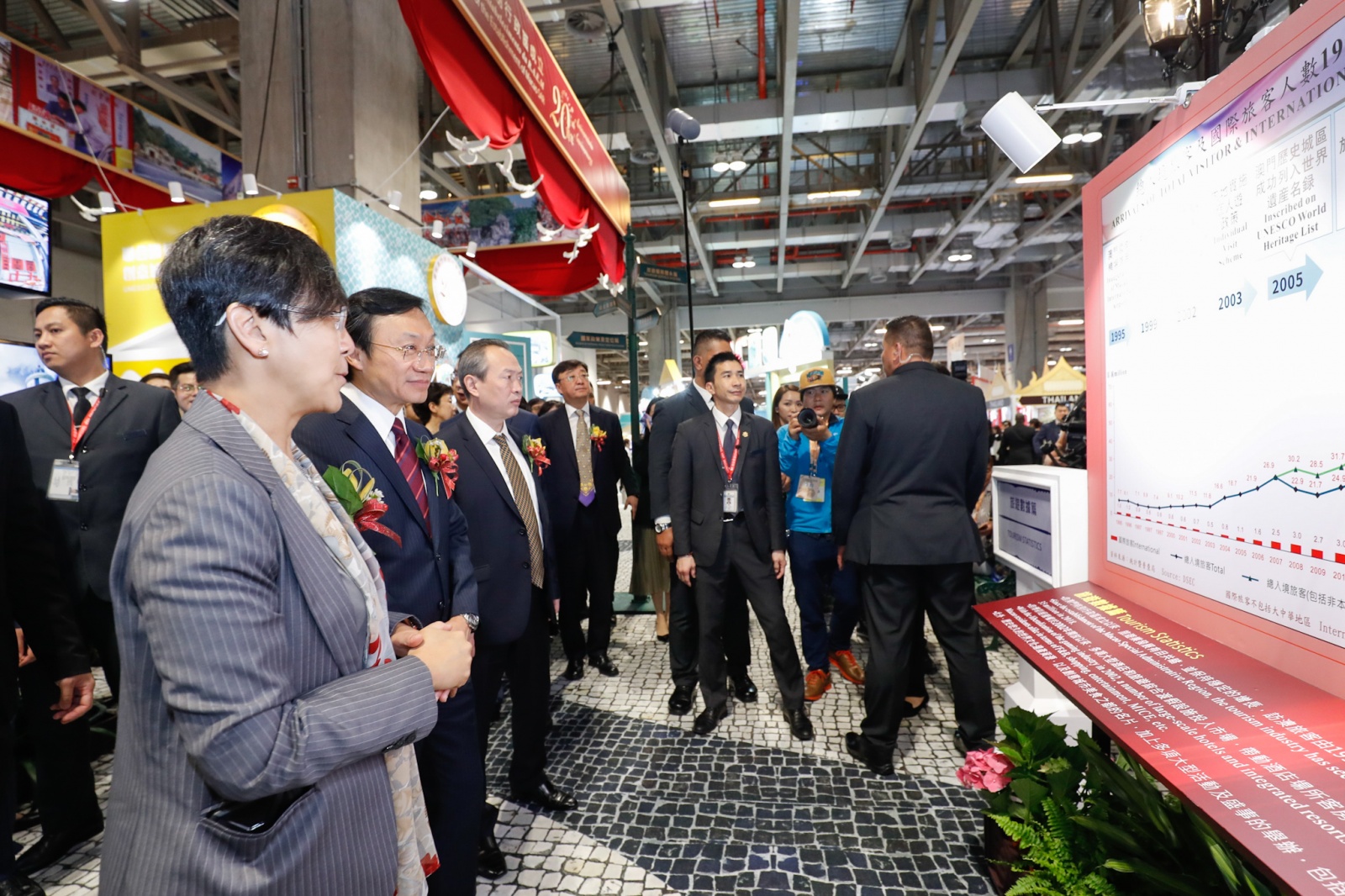 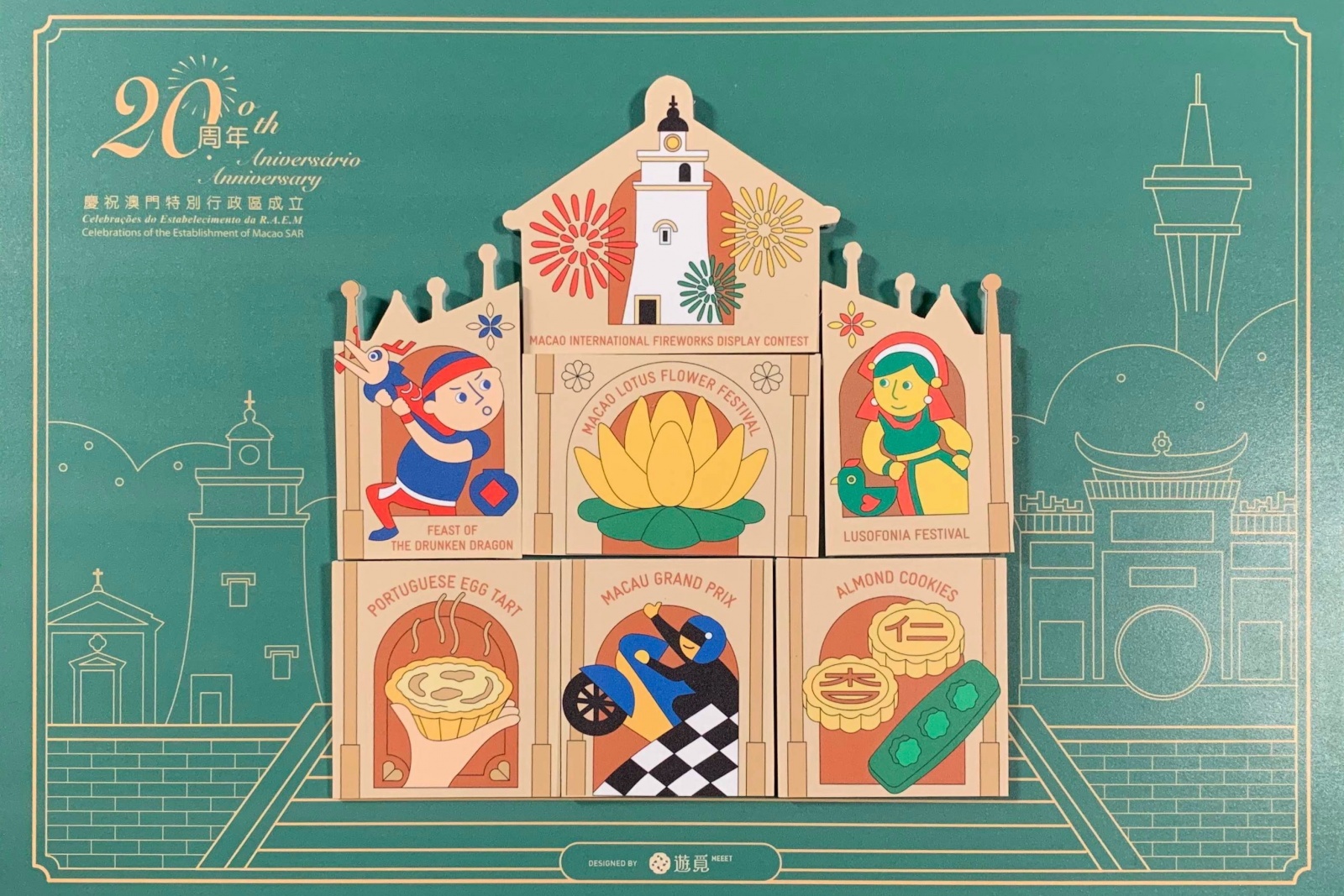 Visitors can collect and piece the seven monthly souvenirs
together into an image of the Ruins of St. Paul’s